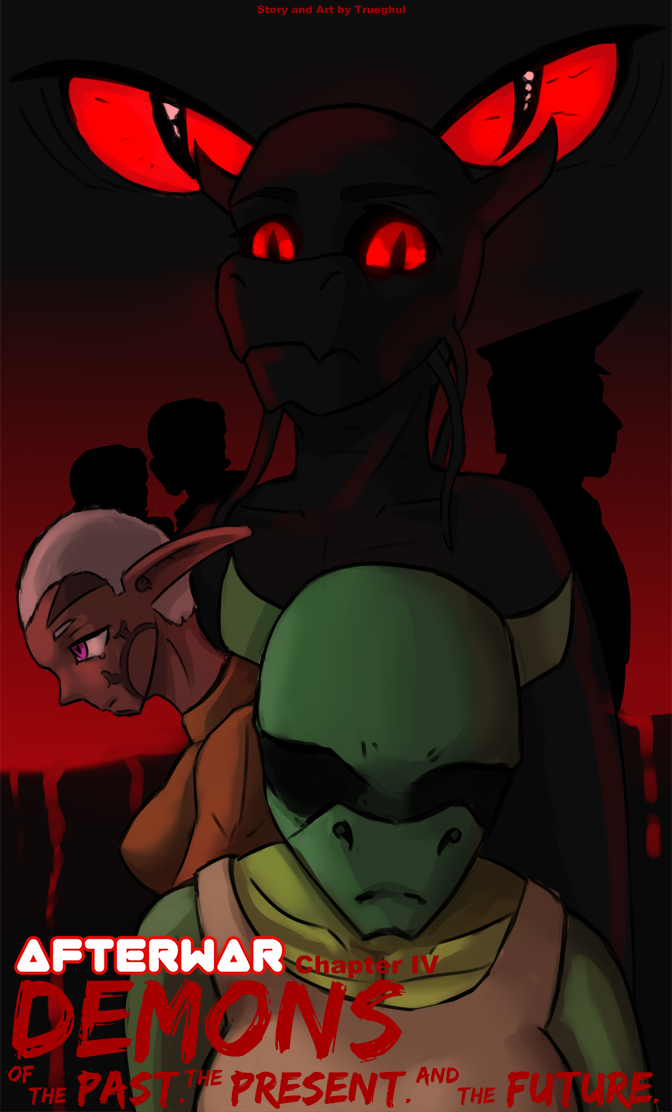 Franchises: As you can expect my main inspirations in this group are Star Wars especially Admiral Thrawn series (both canon and legends version) and SW: TOR game. the other franchise is Warhammer 40k here score goes to Imperial guard as a whole.

Novels and Stories: Here is a little problem because all those are books and novel are written in Polish and almost none of them was ever translated. Almost all Andrzej Ziemiański sci-fi and fantasy novels series ("Achaia", "Toy Wars", "Pomnik Cesarzowej Achaji"[Google translate: Monument to Empress Achaia]) and stories (For example "Autobahn nach Poznań"), Unfortunately never translated. Michał Cholewa's sci-fi novel series "Algorytm Wojny" [War Algorithm]. And finally Some of Jacek Dukaj's stories, at least one of them was translated as "The Iron General"
sadly this one has a minor influence of Afterwar.

Movies and series: Classic of the war movie like Full metal jacket, Apocalypse now, A Bridge Too Far etc.

Music: Sweden power metal, Sabaton.
Polish rock band "Kult" and Sung poetry by Jacek Kaczmarski (It's probably an unfamiliar name for you, but in Poland, it's like The man, I bet there no person in Poland who doesn't know at least one of two of his songs.)

How much worldbuilding do you have in the background, do you have a large amount of stuff in notes or do you just wing it as you go?

Actually, I have very few notes about worldbuilding or I has very few. since the start of chapter III, I had to start taking notes because Afterwar become too complicated to keep it only in my head. Right now I trying to build some kind of system to keep notes easy to access.

Are there any characters who surprised you?

Thus far no, everything goes as expected. Yet I expect they will in Chapter IV because I will explore their past and it wasn't an easy one.

Excelent taste in thrawn, that's what got me into milltary SciFi in the first place.